Looking back from today, at the ripe old age of 58, clearly I see that two interwoven themes have dominated and directed my birding life. Firstly a loathing of being indoors during daylight hours and secondly the overwhelming desire to live as free as a bird. In particular fulfilling the wish to travel south and north as do the migrating birds, making the most of our daylight, reveling in both the sunshine and the rain.

However in our world of compromise I cannot be outdoors whenever I wish, and I am not free to drop everything and everyone to fly along with my beloved birds, so I seek solace at every opportunity by retreating into my imagination.  Into tales about the secret lives of birds and birders – then and now. I find that reading the words of others often serves to rekindle that spark of wonder, even whilst stuck indoors; rekindle the flame which being-outside-in-Nature so easily ignites. And this is despite Mach’s principle that the element of wonder never lies in the phenomenon, but always in the person observing.

For example: after living in East Africa for nine years I can admit, at last, that I find the african grass warblers, nowadays called Cisticolas, truly wonderful. Admit that I am ready to take-them-on and, no longer in secret, to admit my love for this, the most difficult of avian genera (difficult in the sense of being hard to identify) to have issued from this grand old continent. Yes indeed. Praise be to the Cisticoline Grass Warblers! This is a very african group of birds; only three species of Cisticola have been able to maintain themselves beyond our shores. So in my opinion Cisticolas are as african as they are ‘great’!

I suppose it’s taken a while for me to ‘come-out’ on this one because these brown african grass warblers are certainly not many visiting birders’ favourite tipple. Typically it is seldom long after meeting me at Kilimanjaro International Airport, or at some isolated savanna airstrip in northern Tanzania, that one of my birding guests is apt to comment something along the following lines, yet rarely so polite!

“Well, I’m not sure how to pronounce ‘Cisticola’, let alone how to identify them“.

Also one finds, especially on more mammal-oriented safaris, that many guests will pointedly refuse to allow the vehicle’s driver to stop for such dreadful “LBJs”. Again, on walking safaris, it’s amazing how often guests, or those khaki-clad “big white hunters with guns” and even our local guides, fail to notice the cisticolas calling next to them, wing-snapping in aerial song-flight right over their heads, or ignore a whole family of cisticolas ‘duetting’ from a grass tussock almost under our noses.

According to Dale Zimmerman, Don Turner and David Pearson in their invaluable Birds of Kenya and Northern Tanzania one pronounces the c-word as follows:

sis-TIC-olas (the accent being on the second syllable) and these authors contend that the cisticolas “are small grass- or bush-dwelling warblers with a reputation for defying field determination. Species distinctions can be subtle, and complicated by racial, seasonal and individual variation…“

It is perhaps unfortunate that the generic name Cisticola was first penned, for one dare say it might be a misnomer, by the German naturalist Johann Jakob Kaup. Certainly not by the young, yet widely travelled and, at 25 years of age, already retired, Constantine Samuel Rafinesque, who was born in Constantinople, and quite accurately described, the marshy haunts of the Fan-tailed Warbler when he named it Sylvia juncidis during his stay in Sicily at the beginning of the nineteenth century.

It was later, in the middle years of that century, that Kaup appears to have coined the name Cisticola. Yet not one member of the entire family Cisticolidae is a “haunter of the cistus”. The Fan-tailed Juncidis is the only cisticola species to have braved that peninsula of Asia, which is called Europe, at least in historical times; and this is usually known nowadays as the Zitting Cisticola, although it was still called Fan-tailed Warbler Cisticola juncidis when I was a lad. It seems quite likely that this species was wrongly believed by Kaup to inhabit either maquis or garrigue (both are anthropogenic forms of Mediterranean woody scrubland – scrublands where the rock rose family, or Cistus, is particularly well-represented) rather than the marshy grasslands containing juncus beds that Rafinesque clearly knew it prefers.

However of late a theory has emerged that by giving them their generic name, Cisticola, Kaup could have meant that they are inhabitants (-cola) of a basket of woven twigs (Latin: cista-), referring to the finely meshed bottle-shaped nest of the Zitting Cisticola, where the entrance spout faces upwards, which happens to be that used by the most widespread species. Unfortunately no other Cisticola species builds a nest of the soda-bottle shape quite like this, so it is still not a name representative of the genus as a whole.

If you’ve read this far it should be clear that active enjoyment of the African grass warblers, of the genus Cisticola, is an acquired taste. In fact nearly all of my birding customers, especially those first venturing onto sub-Saharan soil, and even some experienced safari guides here in Tanzania, will soon admit to either fearing or despising these brown birds, or both in roughly equal measure.

Consequently it remains true that sadly there seems to have been relatively little advance in our study and understanding of the genus since about 1955 when C.W. Mackworth-Praed and Captain C.H. B. Grant wrote in their ground-breaking African Handbook of Birds:

“We regret that it appears to us impossible to give any definition useful to the man in the field of what is a Cisticola and what is not.  Luckily their habits are mostly distinctive.”

“Through the researches of the late Admiral Hubert Lynes more is known about the Grass Warblers than about any comparable group of African birds.

Whatever their general habitat whether downland, marshland, or woodland, grass of some sort is essential to their existence. They are insectivorous, and of generally inconspicuous habits, except in the case of breeding males. The tail is always of twelve feathers, and , unless very short, well graduated. In most species there is a subterminal black spot on the tail feathers, while the colouration is almost entirely made up of brown tints and shades in a variety of colour patterns with grey, buff and tawny. “

It so happens that Hubert Lynes was born on the very same date I first wrote this piece – November 27 – but a while back – in 1874. Hubert Lynes became interested in birds, their eggs and  and of course in ‘bird’s nesting’ at an early age and was only thirteen when he joined the Royal Navy. He devoted 32 years to that service during which time he rose to the rank of Rear Admiral. He made twelve expeditions to Africa and became possibly the most experience birding field man in Africa of his times. He made an expedition to Darfur between 1920 and 1922 and thereafter “became very interested in the fan-tailed warblers of the genus Cisticola”. Consequently in 1930 a special volume of The Ibis (the Journal of the British Ornithologists’ Union) was produced, entirely dedicated to these birds: 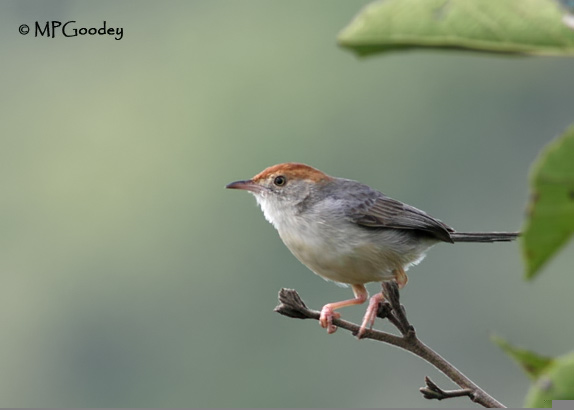 It was entitled A Review of the Genus Cisticola and earned Lynes the Goldman-Salvin award for its contribution to African ornithology.

After the publication of this seminal work Hubert Lynes made a further four expeditions to Africa primarily in order to clarify various points for a planned Appendix to that work. However on what became his last expedition, to Darfur in 1938, Lynes contracted shingles which badly affected the sight of one eye so that he returned to Britain in poor health. His health never fully recovered. He died in a military hospital in north Wales on November 10 1942.

He was described as an “outstanding character who had ideas of his own and carried them through, devoted to duty, a man of great generosity and the best of companions. He was handicapped by gun deafness but this was offset by an extremely quick eye. He was often impetuous but prepared for action, or an expedition, in a most methodical way.”

It is perhaps pertinent to note here that “Admiral Lynes never married and when not on sea duty was under the watchful care of his devoted sister, Miss Lynes.”

Although the constituents of such an unglamorous and widely distributed genus, often occurring as they do in derived and semi-open habitats, rather than in the depths of some “awesome forest”, have yet to be subjected to rigorous and widespread DNA analysis there are, almost certainly, at least 40 ‘good species’ of Cisticola here in East Africa. That is forty species within the boundaries of Kenya, Uganda, Rwanda, Burundi and Tanzania.

And in some terrific ‘LBJ’ places, within an area of say only 20 square kilometres, there could be as many as fifteen different kinds of Cisticola. What joys await!?

Yep! These are not soft brown sodas, sickly super-sugar bottle Colas, that we’re talking about here – they’re the Cisticolas; the original and best – the Grass Warblers of Africa. Nature’s crowning glory when you are “Birding between the Lynes!”

In the late eighties two truly exceptional British birders – we’ll acknowledge them, but by their first names only, Iain and Richard, once  guided an eighteen day ‘Quicklist‘ hard-core birders group across the habitats of Kenya.

Early one Sunday morning the birders stood attentively, in a quiet and respectful line, facing some big brown boulders at the base of a steep cliff, a ‘stake-out’ for what was then, and will again, be known as the Rock-loving Cisticola. Imagine the consternation within the group when, instead of a lispy chittering call, a bird’s vocalisation, Iain loudly plays the title track from Bruce Springstein’s “Born in the USA”.

Some of the, dare we say it, slower-witted customers grumbled audibly yet, no doubt they thought, under their breath about Iain’s er … morning condition:

“My Gawd Mildred, he’s got the wrong tape again!“

To whit Iain replied quite curtly: 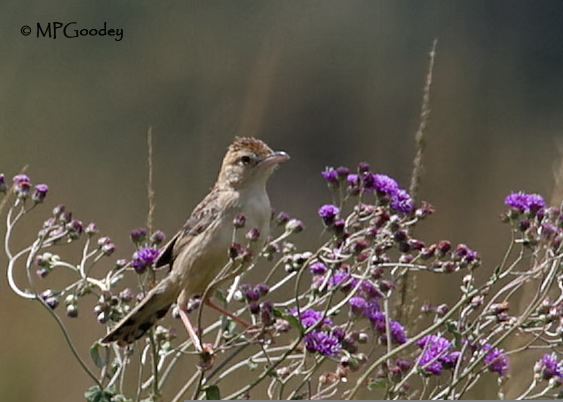 Here are the names of some Cisticolas. Surely they’re birds and names for us to conjure with?

* White-tailed Cisticola, Cisticola sp. nov. (nobody’s been bothered even to ‘officially’ name this one)

* Golden-headed Cisticola, Cisticola exilis (an Asian and Australasian representative – not found in Africa)

The bird genera which have been placed in the new family Cisticolidae or, one might say, the African warblers:

Nguembock B.; Fjeldsa J.; Tillier A.; Pasquet E. (2007): A phylogeny for the Cisticolidae (Aves: Passeriformes) based on nuclear and mitochondrial DNA sequence data, and a re-interpretation of a unique nest-building specialization. Molecular Phylogenetics and Evolution 42: 272-286. 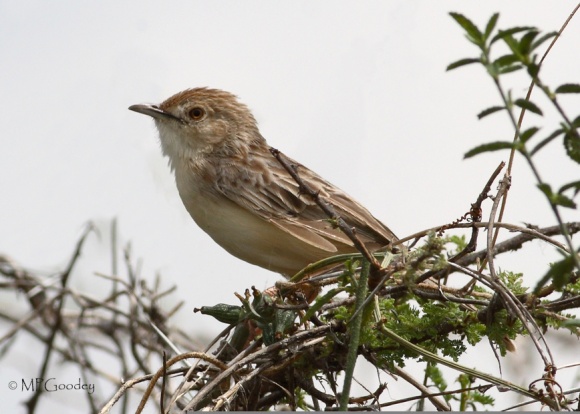