“Anyone with the slightest interest in bird life whether they be living here or just visiting Tanzania is indeed fortunate. For in Tanzania there are birds literally everywhere.” 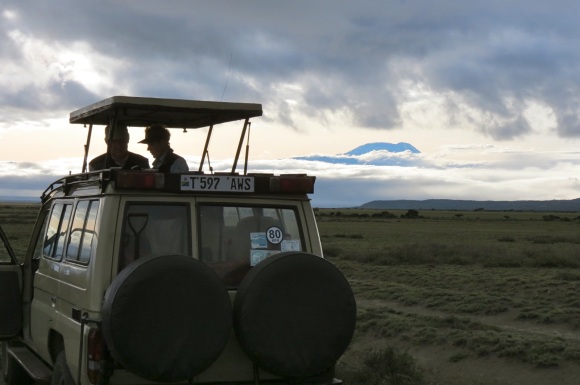 From the icy barrens around Kilimanjaro’s snowy summit to the sun-baked soda flats of Lake Natron. From coral reefs and islets in the incredibly blue Indian Ocean, to the hippo pools at Manyara National Park or inside the fabled Ngorongoro Crater; from cool riparian forests of the Selous or in the Usambara Mountains to a little back garden in Arusha – everywhere in Tanzania there are beautiful birds to watch. You don’t need to be fabulously wealthy, or even to spend a small fortune in the National Parks, to enrich your life with a seemingly inexhaustible array of unique and intimate bird experiences.

Many, many bird species have been recorded within the territory of Tanzania; now approaching 1190 – pending ever more DNA analyses of the ‘difficult ones’ by the geneticists. That is half as many again as the number of birds being found, by all the ornithologists and birders who have ever lived, in Europe west of Moscow, or in America north of Mexico. Each of those regions having about 750 bird species regularly recorded within it.

Many tourists, most of whom have more than a passing interest in birds, come through the portal of Kilimanjaro International Airport and the booming city of Arusha as they head either for “Kili” or for those unique mammal experiences to be garnered  ‘out west’ in the spacious Serengeti.  Most have at least a little time to spare here and there along the way; so I thought it would be helpful to draw attention to some of the enviable birding situations in which they could find themselves around Arusha.

Kilimanjaro International Airport – KIA lodge: the airport environs, and adjacent small hotel, are often the first (and/or last) truly sensual experience of Tanzania for many a safari-goer. Carved out of what was once dry bush-land they are very good places to watch certain birds of prey – such as ‘wintering’ Pallid and Montagu´s Harrier, resident Black-shouldered Kite and Gabar Goshawk. The lodge gardens are always enlivened by the very tropical iridescence of Superb Starlings, Scarlet-chested and Variable Sunbirds. Comical yet very cute Blue-naped Mousebirds bound through the trees, ancient-looking Grey Hornbills pipe-whistle from the crowns of the acacias and tiny seed eating Red-cheeked Cordon Bleus peck about under the colourful flowering shrubs. Here you can get breathtaking face-to-face views of Little, Horus and White-rumped Swifts, Long-tailed Fiscal Shrikes, African Pied Wagtails and the ubiquitous Yellow-vented Bulbul as they come to drink – literally at eye level – from the delightful swimming pool in its ‘elevated mini-kopje’. 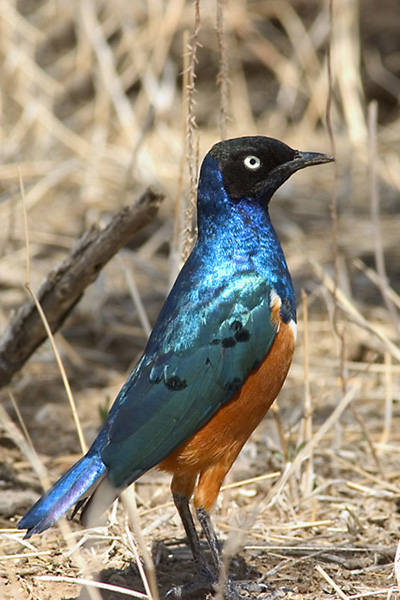 Lake Duluti: the scenic crater lake of Duluti is surrounded by a footpath through tall indigenous forest trees that also passes a miniature papyrus swamp. Duluti is the perfect place for a brief morning, or late afternoon, bird walk. The fish-rich margins usually support White-breasted and Long-tailed Cormorants, several species of heron and egret, and often the odd Knob-billed Duck and Yellow-billed Stork. A pair of glorious African Fish Eagles and numerous piebald Augur Buzzards are often to be seen circling overhead. In the woods dapper White-cheeked and Brown-breasted Barbets scold noisily from the fruiting fig trees, dwarfed by ungainly Silvery-cheeked Hornbills who gather with swishing wing beats to cackle cacophonously from the higher branches. In the leafy shade of the forest floor, or in some dense vine tangle, some ‘skulkers’ lurk, as if too embarrassed by their own beauty to show themselves clearly:  African Pygmy Kingfisher, Red-capped Robin Chat, Collared Sunbirds and one of those pretty African domino finches – a neat study in black, white and red – the Twinspots (at this locality they’re Peter’s). There are also somewhat duller, but quite localised species such as Grey-Olive Greenbul and Black-throated Wattle-eye.

Mount Meru: the upper zones and remaining forest of this giant sentinel, that dominates the bourgeoning safari city of Arusha, now lies within Arusha National Park. There are many excellent birds to be found around the shambas, ravines and woodlots of the lower slopes accessible from the city without too much difficulty (or expense) provided that you can find a suitable vehicle (getting ever easier) and a sufficiently knowledgeable local guide (more difficult – try 0683-510-929 – you just might be lucky!). The upper slopes, high above Ilboru Safari Lodge and Sakina district, are particularly interesting. However you must get beyond the Mexican pines and potato fields to get to the “really good birds”. Typical Afromontane species can still be found here especially, in the damper indigenous gulleys and in any accessible residual forest fragments. They include many really impressive birds, some of which are quite local or even rare, such as Crowned Eagle, Ayres’s Hawk Eagle, Hartlaub’s Turaco, Bar-tailed Trogon, Olive Woodpecker, Abbott´s Starling and Malachite Sunbird. There are also many small and cryptic species, that are far more modest in appearance, often damned hard to see well, yet likely to appeal at least to the birding connoisseur: Hunter’s Cisticola, Brown Woodland, Cinnamon Bracken and Evergreen Forest Warblers, Black-headed Mountain, Placid and Stripe-faced Greenbuls and Abyssinian Crimsonwing. 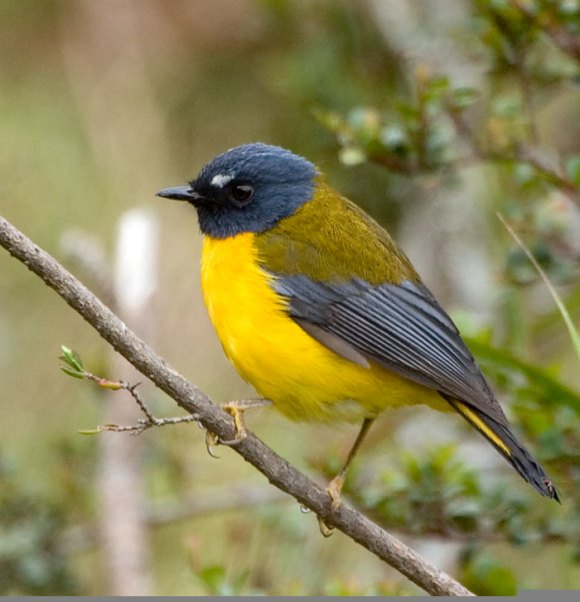 Arusha Airport: outside the perimeter of the airport, just west of town, are some low scrubby hills that shelter pockets of moister broad-leaved bushland, small wetlands fed by seasonally dry korongos (seasonal watercourse or wadi) and groves of those moisture-loving acacias, the Yellow-barked Fever-tree. These areas support a very varied bird community. To do justice to this environment in words would, in itself, require a small book. However suffice to say here that even a brief exploration of any of the tracks that crisscross the area can turn up a selection of unusual and attractive bird species. Especially so during the peak migration months of November-December and March-April, and some of these species are quite difficult to find elsewhere. Some special favourites of mine live in the Burkha-Kisongo area: African Hobby, Greater Painted Snipe, Verreaux’s Eagle Owl, African Firefinch, both Yellow and Southern Black Bishops (friederichseni), Jackson’s Golden-backed and Taveta Golden Weavers being among them.

Oldoinyo Sambu and Lark Plains: on the recently ‘upgraded’ Nairobo road, about an hour out of Arusha, one comes to the scene of the weekly Maasai livestock market of Oldoinyo Sambu. At this ramshackle village, in addition to those ever present commensal scavengers – Yellow-billed Kites, Pied Crows and Red-winged Starlings one can occasionally meet with a great bird that is a true master of the skies. For one of the most magnificent of all flying beings, the Lammergeier, also known as Bearded Vulture or Bone-breaker, sometimes descends from eyries on the cliff-girt fastness of Mount Meru to the korongo at the back of the village. It comes in search of bones, thrown there by the decidedly earth-bound butchers, on Maasai market day. During the northern winter huge Steppe Eagles soaring on flat, broad wings join the smaller local Tawny Eagles who circle the village removing smaller scraps of offal from the vicinity of the market. 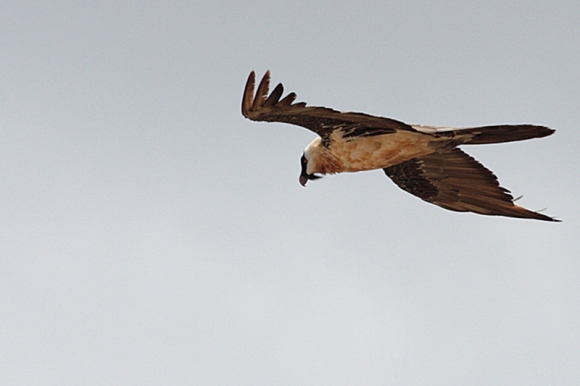 Six kilometres downhill beyond the village you reach, on the right hand side, an open plain devoid of trees. This flat and inhospitable-looking area has recently become known within the international bird watching community as ‘Lark Plains’. Here there are no less than nine species of these somewhat nondescript yet, to my mind, highly attractive birds whose beautiful songs certainly more than compensate for what some see as their excessively dull, brown-biased plumage. Preeminent among the Alaudidae here is Beesley’s Lark, discovered in the early sixties by John Beesley and, according to prevailing cold-war fashion lumped, or dumped, by Con Benson in the Spike-heeled Lark complex. Recently split by the modern authorities; it has elevated to the rank of a full species with the most unenviable IUCN threat status of Critically Endangered. Only some 50-60 individuals remain – all of them confined to this circumscribed barren sub-desert plain that is called Ang’yata Osugat by Maasai graziers with whom the larks share the scant pasture.

Motorable tracks cross the plain and one must to stick to them, not only for fear of getting stuck, but also in order to avoid crushing eggs and nestlings of rare ground-nesting birds or scarring the fragile environment with yet more vehicle tracks. The area is now a local reserve, of sorts, and a daily fee, per person, is payable to the Engikaret villagers for “using their resource”. A signboard gives all the contact details and it is only right to comply. Moreover the consequences of not doing so might be rather unpleasant.

The other larks, of which my two favourites have been lumbered with the even more uninspiring names of Athi Short-toed and Short-tailed Lark, are not the only interesting birds out on the plain. There are many raptors here including resident White-eyed Kestrels, Lanner Falcons, Black-breasted and Brown Snake-Eagles as well as a host of migrant birds of prey, such as the delightful Amur Falcon, that come from as far as the Pacific seaboard of Siberia. There are huge Ostriches, and sedate Kori Bustards stalking among the red-robed Maasai across the grassy ‘wastes’, birds who either cannot or who seldom seem to feel the need to fly. Crowned Lapwings are common, exotic-looking Temminck´s and Two-banded Coursers remarkably inconspicuous, smartly black and white Capped Wheatears, brown and streaky Grassland Pipits and, as you approach the eastern margin of the plain, a whole host of species associated primarily with the acacia-commiphora thicket-woodland of what is known to ecologists as the Somali-Maasai biome. 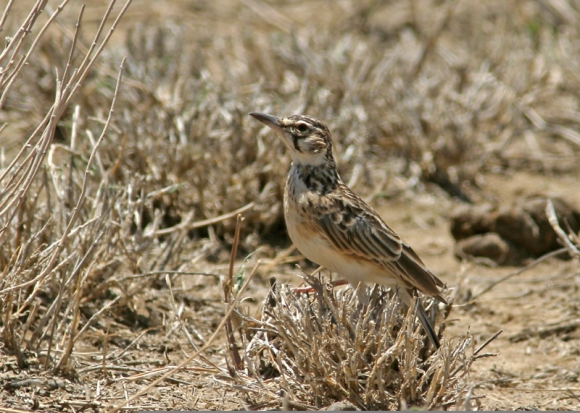 To begin to describe this dry land avifauna that stretches away from here across Amboseli and Tsavo into the desertic strife-torn Horn is beyond the scope of this brief introductory birding article and, besides, we are now getting toward the limits of what can be done at a comfortable and leisurely pace, within two hour’s drive of the Clocktower in Arusha. The very much alive, not dead, centre of Africa; half way, or so they say, between Cape and Cairo !

I would like to thank Hugh Chittenden, Martin Goodey, Anabel Harries and Elsie MacRae for their fine companionship as well as excellent photographic contributions. I also thank Daudi Peterson, Chris Magin of the RSPB, and everyone at BirdLife International in the Nairobi office for their efforts on behalf of the “Pixie of the Plain.”

One reply on “Birding Around Arusha”